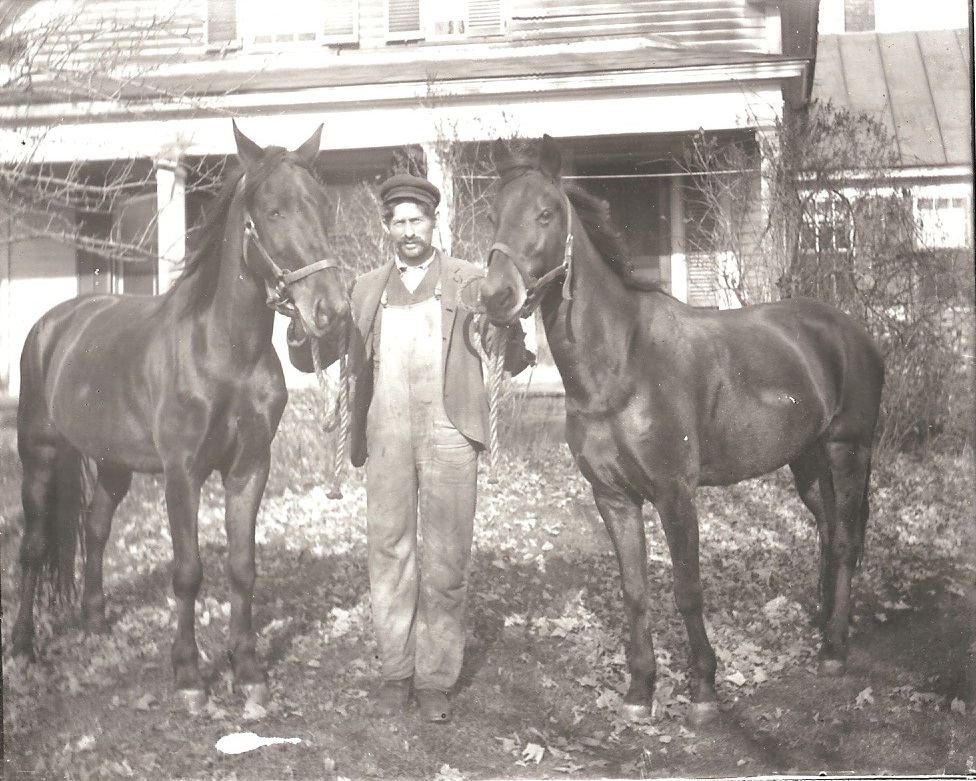 From Hertford to Hartland via Waterford

Hartland was originally known as Hertford. It was chartered as such by New Hampshire on July 10th 1761, and then by New York in 1766.  According to “Thompson’s Vermont” the name Hertford was then change to Hartland on June 15th 1782. This isn’t quite correct. The name Hertford was actually changed to Waterford at an afternoon session of the Vermont Legislature on Saturday June 15th 1782. It then remained Waterford over Sunday and to the afternoon of Monday June 17th 1782, when “on motion of Paul Spooner the name was changed to Hartland”.

The act of legislature omits to record the brief 2-day name change to Waterford and reads:

Whereas, the town of Hertford lies contiguous to the Township of Hartford, which makes it difficult for strangers to distinguish which of said towns may be meant when either is spoken; and many other inconveniences,do attend the having two towns so near of one name in the State; which to remove: Be it enacted by the Representatives of the Freemen of the State of Vermont, in General Asembly met, and by the authority of the same, That the Township of land and incorporate Body, heretofore known by the name of Hertford, shall be hereafter called and be known by the name of Hartland.

Whilst it is still even now open to debate as to whether changing the name Hertford to Hartland actually succeeded in preventing any confusion with neighboring Hartford, the confusion at the time must have been even worse. This would have been due to the idiosyncrasies of British pronunciation, and the fact that the area at the time was held by the British following the 1763 Treaty of Paris.

In southern England there still exists a town called Hertford, in the county of Hertfordshire, the county name being more usually abbreviated to Herts. Unlike their spelling would lead one to believe, they are actually pronounced Hartford, Hartfordshire and Harts. In fact the name Hertford is actually derived from the words hart (a mature red deer stag) and ford (a river crossing). The earliest reference to the English town of Hertford appears in the Ecclesiastical History of the English People, written by Bede in 731 AD, which refers to “Herutford”. “Herut” is the Old English spelling of “hart“. The Domesday Book of 1086 gives a spelling of “Hertforde”.

As to why Hartland became Waterford for only two days is unclear. The current Waterford in Vermont only became Waterford in 1797. Prior to that it was known as Littleton, but being directly across the Connecticut from Littleton, NH that was thought to be too confusing. There would have been no problem with Hertford becoming Waterford some 15 years earlier in 1782. Perhaps Paul Spooner wanted to retain some of the links and history of the name being Hertford, and so decided Hartland was a good compromise. Whilst I cannot find a direct link between the Spooner family and Hartland, England, it is generally believed that the name Hartland was taken from the English town or abbey of the same name. The small town of Hartland in England actually lies in the county of Devon. It was an important port up until Tudor times. Nearby is Hartland Abbey which was built in 1157. In 1539 it was the last monastery to be dissolved by Henry VIII. The King gave the abbey to his Sergeant of the Wine Cellar at Hampton Court. The Abbey is now the home of the Stucley family, the current owner being Sir Hugh George Copplestone Bampfylde Stucley (imagine writing all that on an application form!). The Abbey is open to the public and the website is well worth a look.